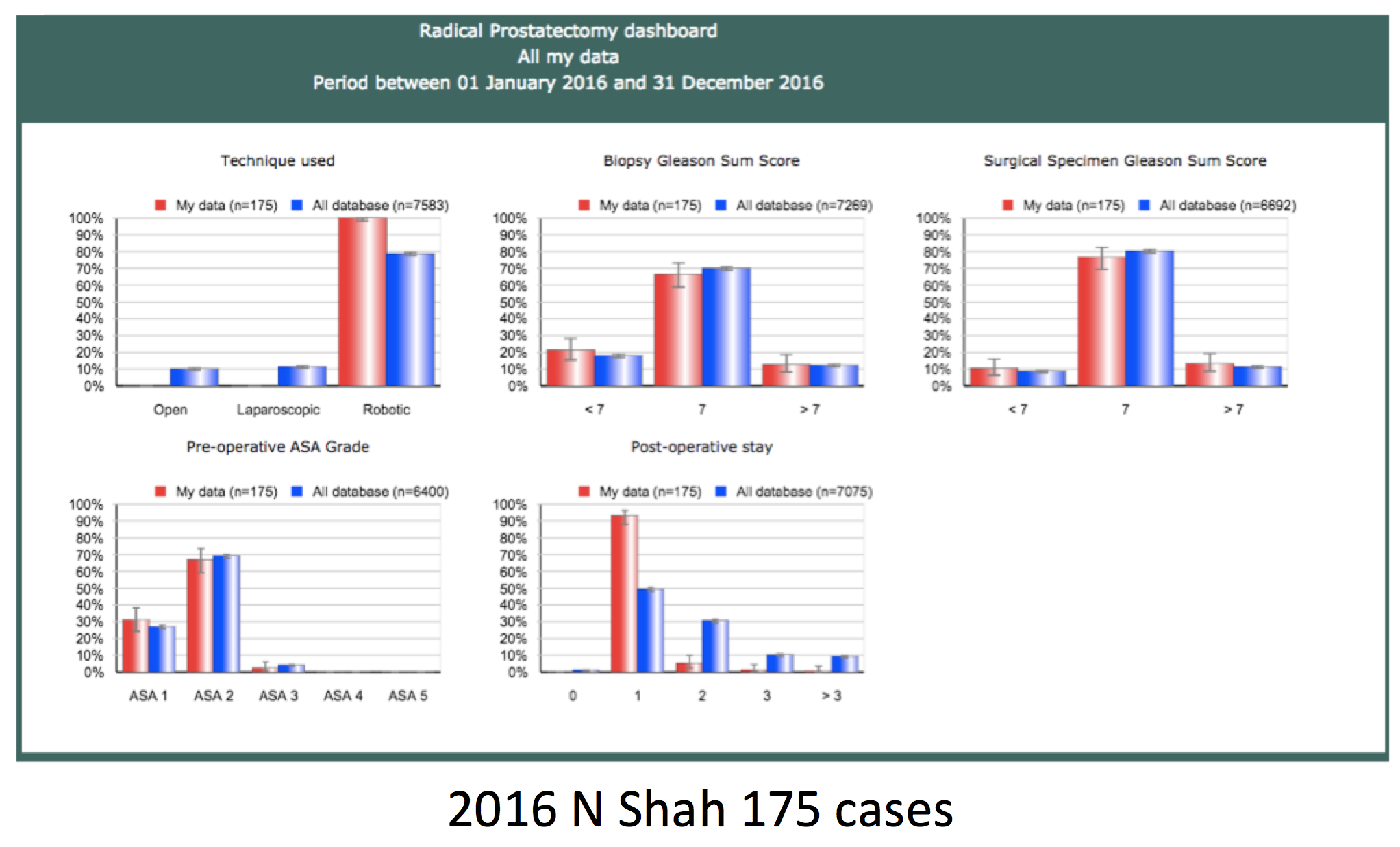 One of the markers of cancer clearance is the positive margin (presence of cancer cells at the limit of prostate gland excision) rate and the funnel plot below demonstrates Nimish Shah’s positive margin rate in 2016 overall was 12.6% compared to the national average 27.2%. 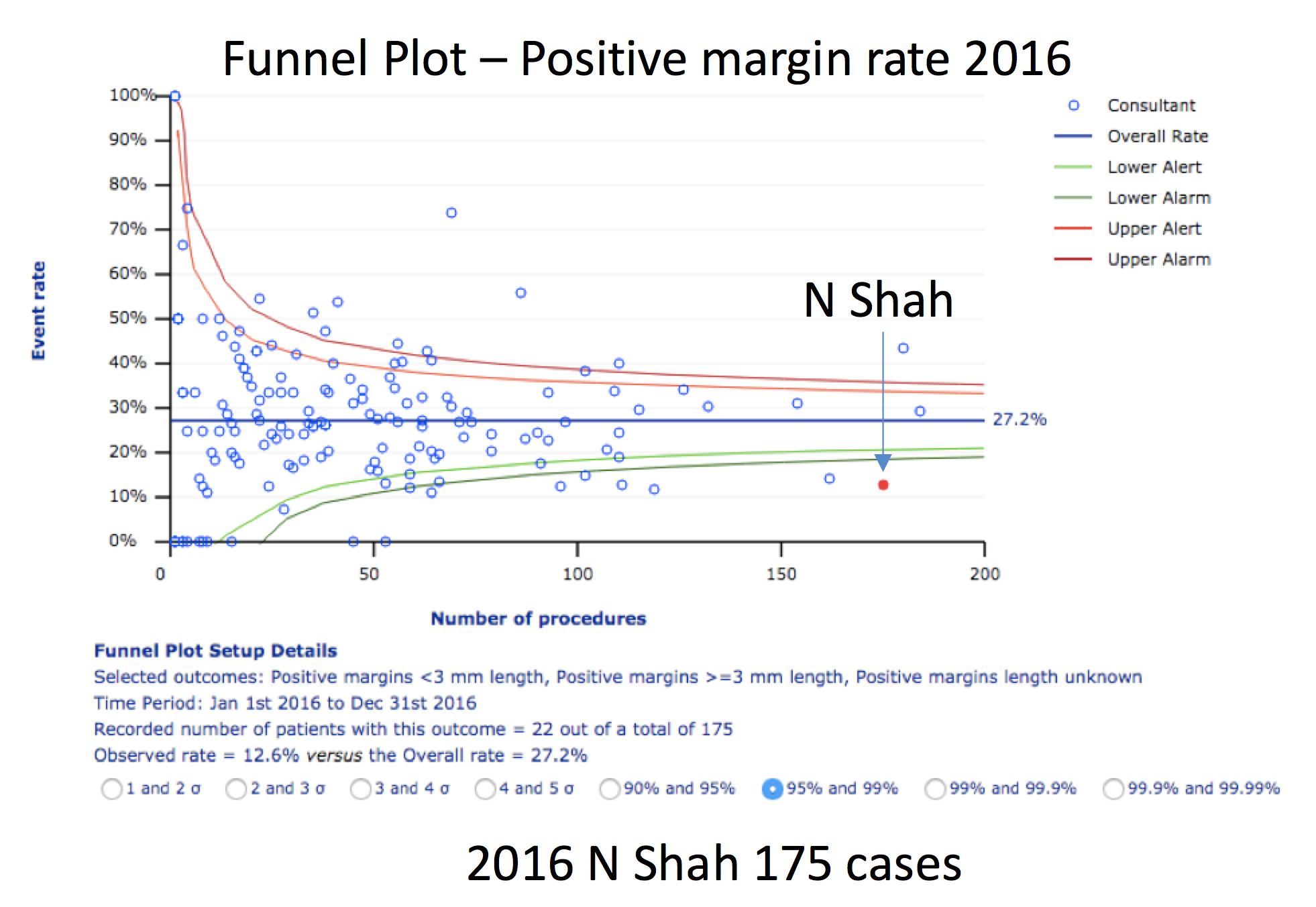 His blood transfusion rate was 0 %, and overall complication rate was 3.4% compared to a national average of 6.8% and hospital stay typically one night (93%). Nimish continues to treat patients from across England, Jersey and Northern Ireland.